What is a vasectomy?

Vasectomy is a form of permanent sterilization for men. The procedure involves cutting and sealing the tubes (vas deferens) that deliver sperm into a man’s ejaculatory fluid so he is no longer able to fertilize his partner’s eggs. The surgery is usually done under local anaesthesia. There are several vasectomy techniques currently in use, but the general procedure remains the same:

Vasectomy is a relatively simple medical procedure with an excellent safety record. But as with all medical procedures, it is important to enter into it with as much information as possible. This website helps by connecting men and women to sources of information about vasectomy available in print and on the web. 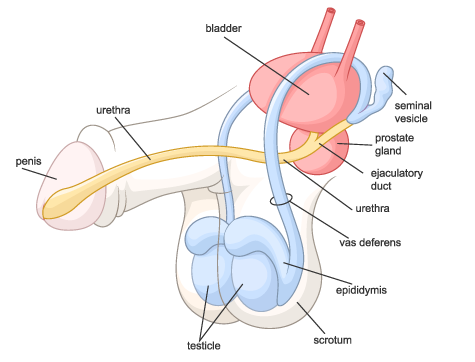 Vasectomy advice from a surgeon

Is vasectomy is right for you?

Vasectomy recovery is usually very quick, with most men resuming normal activities within a few days. The majority of swelling and bruising will subside within a week, although some men may recover more slowly.

Must Have Products to Help You Recover After a Vasectomy

Sex after vasectomy: How long should you wait?

Bleeding after a vasectomy: What's normal?

In general, sexual intercourse can be resumed a week after the procedure. A man’s sexual functions and performance remain completely unchanged after a vasectomy. He’ll still have normal orgasms and ejaculations. Since sperm only make up 2% to 5% of the ejaculate, so the difference in ejaculatory volume won’t be noticeable to a man or his partner.

Can I have sex before a vasectomy?

There are hundreds of thousands of vasectomies performed every year most doctors consider it to be one of the safest and most effective forms of permanent birth control available.

However, like any surgical procedure, there are risks involved with having a vasectomy. Complications are uncommon, but it is important that men understand the potential risks such as infection and scrotal hematoma.

A small percentage of men experience chronic pain or discomfort after a vasectomy. This is known as post-vasectomy pain syndrome (PVPS). The exact causes of this pain are mostly unknown, but in most cases treatment for the condition is available.

Can a vasectomy cause a hernia?

While vasectomy is reversible, the reversal procedure (vasovasostomy) is expensive and more complicated. Vasectomy reversal also has a variable rate of success that depends heavily on the man’s age, years since his vasectomy, and other factors. Men should not look at vasectomy as something they can easily “undo” later in life, but rather as a permanent birth control method.

All You Need To Know About The Bimek SLV

Most men report the procedure as uncomfortable. The worst part for most is the anesthetic being administered (about the same as an injection at the dentist) and the hair growing back afterwards itches.

Do men ever regret having had it done?

The satisfaction with the procedure is generally high. The chief causes of regret are: The results of an ill-considered decision (often due to making the decision under pressure), Changes in circumstances some years later (such as the death of a child or remarriage), and “post vasectomy pain syndrome” (PVP). It’s worth adding that satisfaction rates are highest amongst men who were the ones who suggested vasectomy first.

Will I still produce semen when I ejaculate?

Yes. What you ejaculate contains normally 3-5% sperm. The rest is seminal fluid produced by the seminal vesicles/prostate gland. After vasectomy you ejaculate about 95-97% of what you did prior to vasectomy.

As the vas deferens is cut during the procedure, will my testicles dangle lower because they are unsuspended?

How does it compare to other contraceptive methods for risks/benefits?

No contraceptive method is totally risk free. Maybe not having sex is the exception – and I guess someone’s done research into the harmful practice of sexual abstinence! This comparative table lists the risks and benefits of the various contraceptive and sterilization methods. For many of us vasectomy represents the least risk alternative.

What’s the difference between male and female sterilisation?

Vasectomy is usually done under a local anaesthetic, and a tubal ligation is done under a general. Vasectomy is less intrusive, statistically more reliable, and has less long term complications.

Will a vasectomy protect me against venereal disease, HIV or other sexually transmitted diseases?

No. Vasectomy is a form of male birth control that prevents pregnancy. To protect yourself and your partner against sexually transmitted diseases you need to use condoms.

Can it reverse itself again making me fertile again?

It’s possible, but the statistics available suggest the chances of this happening are very low – specifically in 0.030% of cases (according to the “Well connected” link in the useful links sections). Another study by the BCMA says that “DNA-confirmed paternity with apparent azoospermia after vasectomy has been documented with an incidence of approximately 1 in 4000”. We have a page that discusses the topic in greater detail. Vasectomy is the most reliable form of birth control available, if it worries you, get regular semen analysis done to give you peace of mind.

Does vasectomy alter the taste or smell of semen?

NO KIDDING! This question has been asked a few times in the forums, and is in the top ten keywords used to search this site! The threads in the forums came to the conclusion that there is no difference, except for one lady who said her husband’s sperm smelled different after he had had a reversal. We also address the questions of volume, color and consistency of semen after a vasectomy in our online survey along with many other important issues. Men who have had a vasectomy say that it doesn’t affect the qualities mentioned, nor does it affect the consistency or adhesive properties. I.E. it will still stick to dresses, body hair and gum up shower trays and make just as much mess as it always used to.